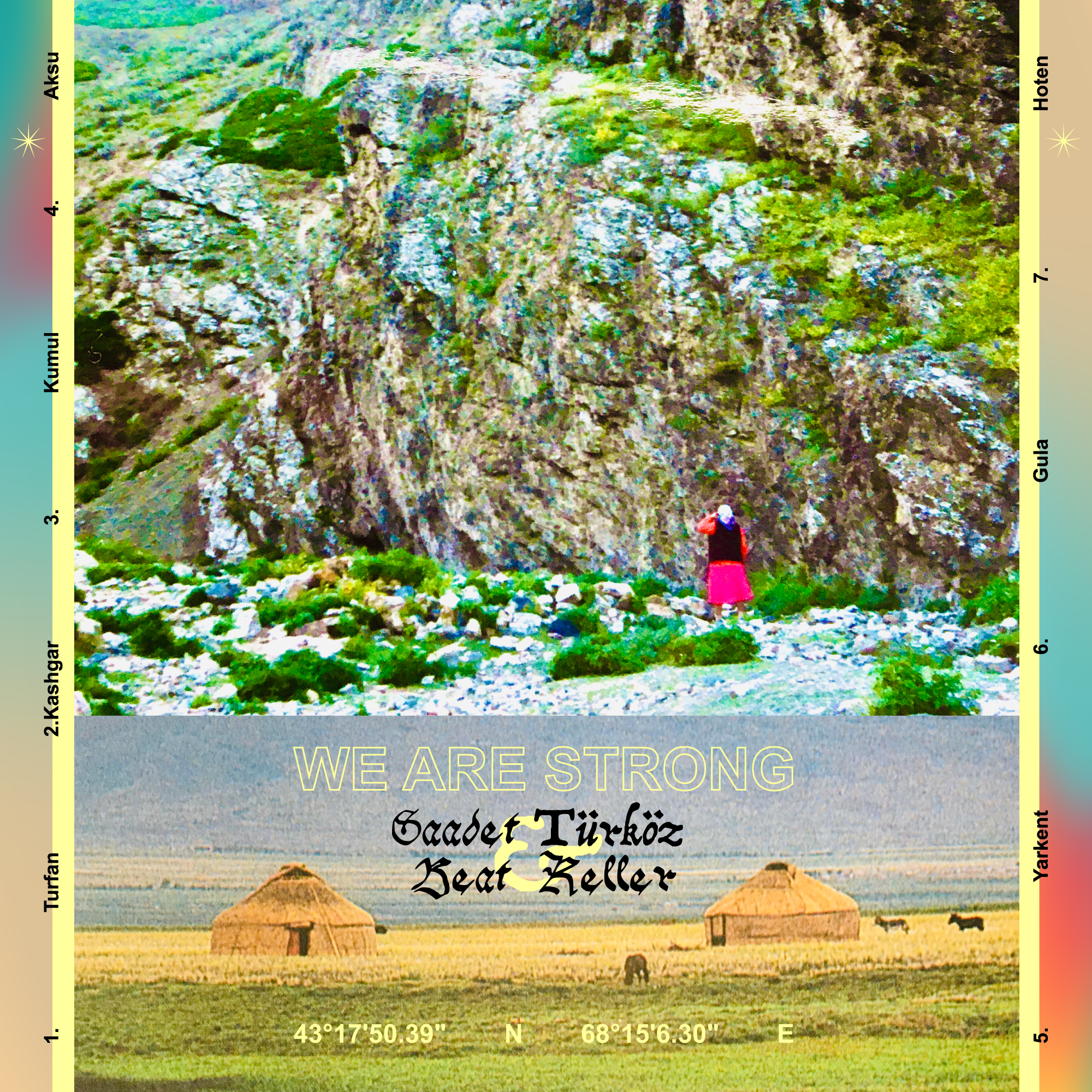 Experimental musician Saadet Türköz joins Chinabot to release We are Strong, an exploration of her unique fusion of classical avant garde and jazz with the traditional sounds of her Turkic Uyghur roots. An improvised collaboration with Swiss guitarist Beat Keller, We are Strong showcases her vocal talent and the enduring strength of Uyghur culture.

Türköz was born in Istanbul to refugee parents who fled the Chinese government’s repressive treatment of the Uyghur people in their home of East Turkestan, also known as the Xinjiang Uygur Autonomous Region.

Although beginning new lives in Turkey, her parents made sure to pass the rich musical traditions of the central Asian highlands to their daughter. “With the tales of their faraway country and their journey to Turkey, the elderly people of the Kazakh community influenced my imagination as a musician,” Türköz says. Their influence too is felt on We are Strong, in Türközs expressive, rich melisma, which twists and explodes into staccato over Keller’s sparse guitar melodies.

As a child Türköz wanted to be a hodja, a teacher of the Koran. “I was fascinated by the Arabic language and the melodious texts of the Koran which gave me my first opportunity to deliberately improvise without paying attention to sense and correctness,” she says. Moving to Switzerland aged 20 introduced her to free jazz, improvisation and an openness towards experimentation which paralleled the freeform approach of the musical traditions of her origins.
Each song on We are Strong is named after a city in East Turkestan, and the cover art shows a typical countryside scene. As a displaced person, Türköz uses her Kazakh culture to reach back to the land she has lost. “In my improvisations and performances of Kazakh and Turkish songs I am looking to transform memory,” Türköz says.

“Memory is everywhere and every time the same – not changeable – but the expression is different. Individual perception develops a universal impression of cultural life.” Both Türköz and Keller intend the album as a tribute to the East Turkestan culture, as well as an appeal for worldwide human rights.

"Saadet and Keller are extremely inventive throughout the album, and it is an excellent example of improvised music that draws on aspects of traditional sounds as well as free improvisation. It’s a heady mix." - London Jazz News

About Saadet Türköz
A well-known fixture of Zurich’s avant garde jazz scene, Türköz has worked with Okkyung Lee, William Parker, Carl Stone and Bobby McFerrin. She released her first album in 1994 and has been performing and releasing music ever since.

About Beat Keller
Beat Keller is a Swiss musician making avant garde jazz, experimental and improvised music. Through the exploration of extended playing techniques, guitar tunings and the use of the electric guitar feedback and the acoustic guitar, he has developed a distinct musical language.