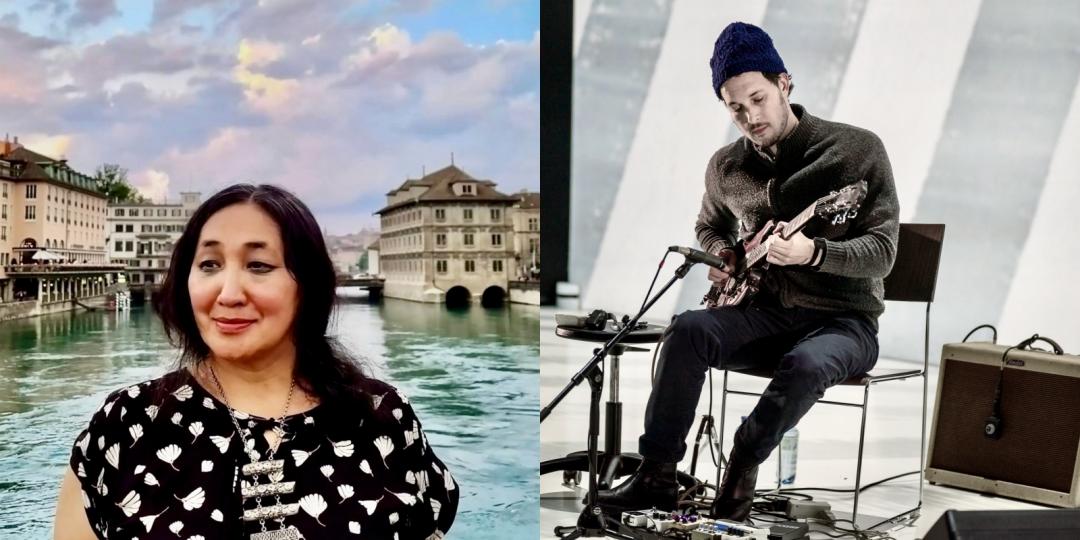 About Saadet Türköz:
A well-known fixture of Zurich’s avant garde jazz scene, Türköz has worked with Okkyung Lee, William Parker, Carl Stone and Bobby McFerrin. She released her first album in 1994 and has been performing and releasing music ever since.

About Beat Keller :
Beat Keller is a Swiss musician making avant garde jazz, experimental and improvised music. Through the exploration of extended playing techniques, guitar tunings and the use of the electric guitar feedback and the acoustic guitar, he has developed a distinct musical language.

“Memory is everywhere and every time the same – not changeable – but the expression is different. Individual perception develops a universal impression of cultural life.” Both Türköz and Keller intend the album as a tribute to the East Turkestan culture, as well as an appeal for worldwide human rights."
"Turkish singer Saadet Türköz collaborates with Swiss guitarist Beat Keller on We Are Strong – a pared-back selection of yearning folk music and textural jazz arrangements exploring Türköz’s Uyghur roots." The Guardian

"Saadet and Keller are extremely inventive throughout the album, and it is an excellent example of improvised music that draws on aspects of traditional sounds as well as free improvisation. It’s a heady mix." London Jazz News

"Singer Saadet Türköz is a masterful improviser and collaborator, capable of stretching and extending her voice into previously-unheard forms. Those skills are on display on We Are Strong, a duo album with Swiss guitarist Beat Keller. Each of the seven tracks here seems at first to be led by Türköz, but repeat listens reveal that her mouth and throat sounds are constantly reacting to Keller’s equally wide range of plucks and slashes. At the same time, Türköz transforms the music of her past. Having grown up in East Turkestan (her family fled the Chinese government, landing in Istanbul), she molds Kazakh and Turkish songs into her unique style. This history adds another layer of compelling emotion to a record that never fails to grab attention."
The Best Experimental Music on Bandcamp: August 2021 by Marc Masters

We Are Strong
released on August 30,2022 on Chinabot Asia
→ buy album