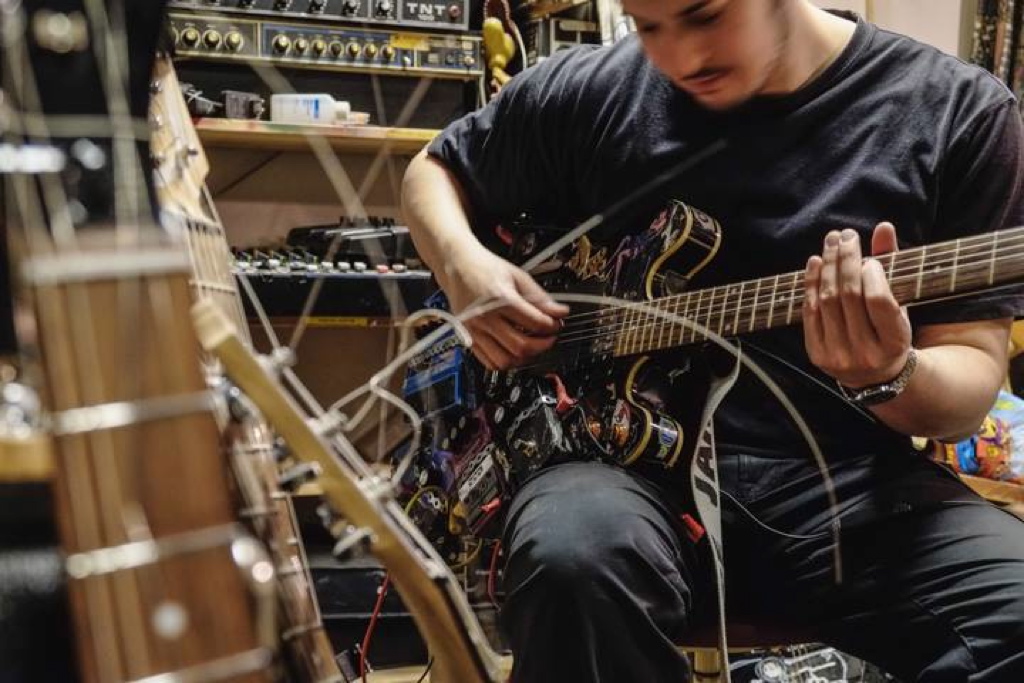 Beat Keller is amongst the important Swiss musicians in the field of experimental and improvised music. Through the exploration of extended playing techniques, guitar tunings and the use of an electric feedbacker guitar, he has developed a unique musical language.

Beat Keller has played together with many major exponents of the Swiss and international scenes and performs regularly around the world at festivals and renowned concert venues. Concert tours have taken him several times across the whole of Europe, to the USA, Asia and Southern Africa.

As a composer, Beat Keller has, so far, mainly achieved recognition with Keller’s 10, the Haiku String Trio and the NDR Big Band. The CD releases by Keller’s 10 (“Keller’s 10” in 2008 and “TWO” in 2013) as well as by the Haiku String Trio (2016) were enthusiastically received by international press and critically acclaimed as excellent (among others in Concerto, Jazz‘n’more and Cadence Magazine). Keller’s 10’s debut album won “Best Debut Release 2008 (worldwide)” awarded by the American magazine All About Jazz.

Educational background:
Teaching diploma for jazz guitar from Zurich University of the Arts, CH
Master of Arts in Composition from the Lucerne School of Music, Jazz Department, CH