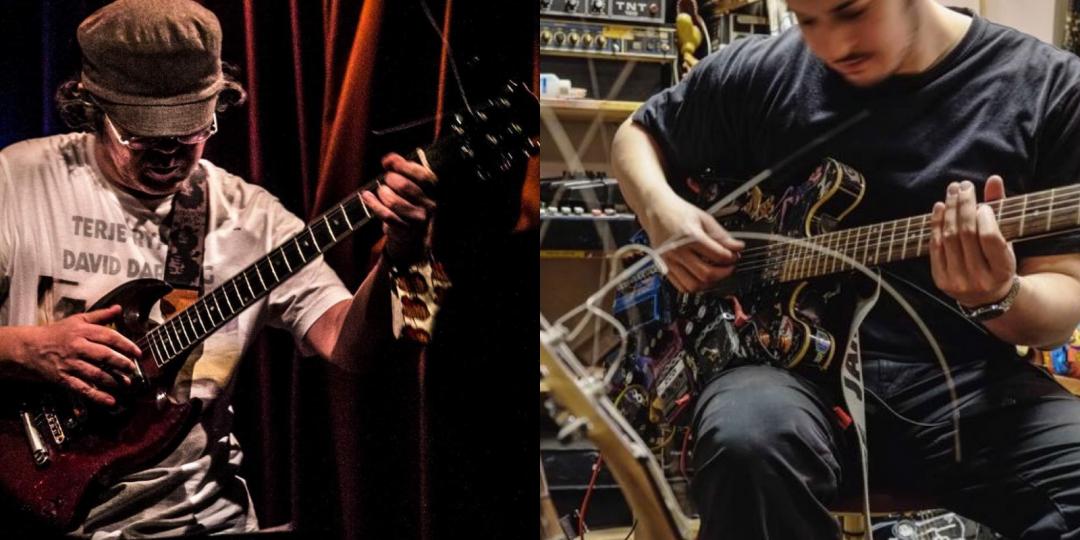 About Kazuhisa Uchihashi:
Born in Osaka, Japan in 1959, Uchihashi plays a huge variety of music, having a distinctive musical voice in rock, jazz and improvised music. He composes widely for film, theatre and dance. He has worked worldwide with musicians. He organized the legendary Japanese power trio Altered States, active for 32 years, which also worked inside Otomo Yoshihide's Ground Zero in the 1990s. In recent years, he has focused on pan-asian identity in music. Since 2010 he's traveled to Asian countries to create special collaborative projects with local musicians. Mahanyawa is one of the best collaboration unit with SENYAWA from Indonesia. Daxophone is a creation of the late guitarist/inventor, Hans Reichel, who was a creative partner of Uchihashi. Now he is based in Berlin and joins many projects here.
https://innocentrecord.com

About Beat Keller :
is a Swiss musician making avant-garde jazz, experimental and improvised music.
He received several awards and scholarships from Swiss Arts Council, Canton of Thurgau, Canton of Zurich and the City of Winterthur.
He collaborated with the likes of Saadet Türköz, Jason Kahn, Joke Lanz, Christian Wallumrød, Axel Dörner, Werner Puntigam, Cara Stacey and many more.
He regularly performs across Europe, USA, Asia and South Africa.