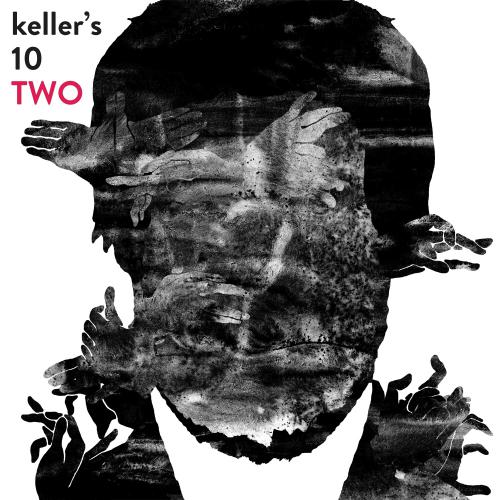 Contrasts – a small shape placed beside a large one; scattered pieces complementing objects expanding in space; fragmentary snippets meeting closed, self-contained systems: Beat Keller generates tension arching over opposites. In his laboratory of sounds, Keller’s 10 is the basic setup of an experiment whose results – due to numerous variables – remain inconclusive. Ten strong musical characters bring their experiences and preferences to the band, while at the same time bending to the creative will of their director. Seven wind players work with colours and textures, which are continuously being relativised and reinterpreted before they’re fully developed. Elements of new music with a tendency towards structural abstraction are confronted with Monk, the epitome of quirkily jazzy liveliness. Mechanistic structures with the charming precision of a clockwork are dissolved by organic sounds; and vaudevillian elements seem to be breaking into the world of seriousness. Beat Keller plays a game with his audience, luring them with red herrings, which initially prompt certain sound expectations but end up pointing in different directions altogether. In the arc of suspense they form, the pieces align themselves as precisely as they took shape spontaneously in recording. And herein lies the art of the networker, who brings together and pools diverging impulses, so that at the end the diverse pieces are presented as an entirety without losing any of their fundamental freedom. Those who hear it will wonder what the secret of Keller’s 10 is – until it reveals itself to them, this tantalising world of contrasts.
Ralf Dombrowski