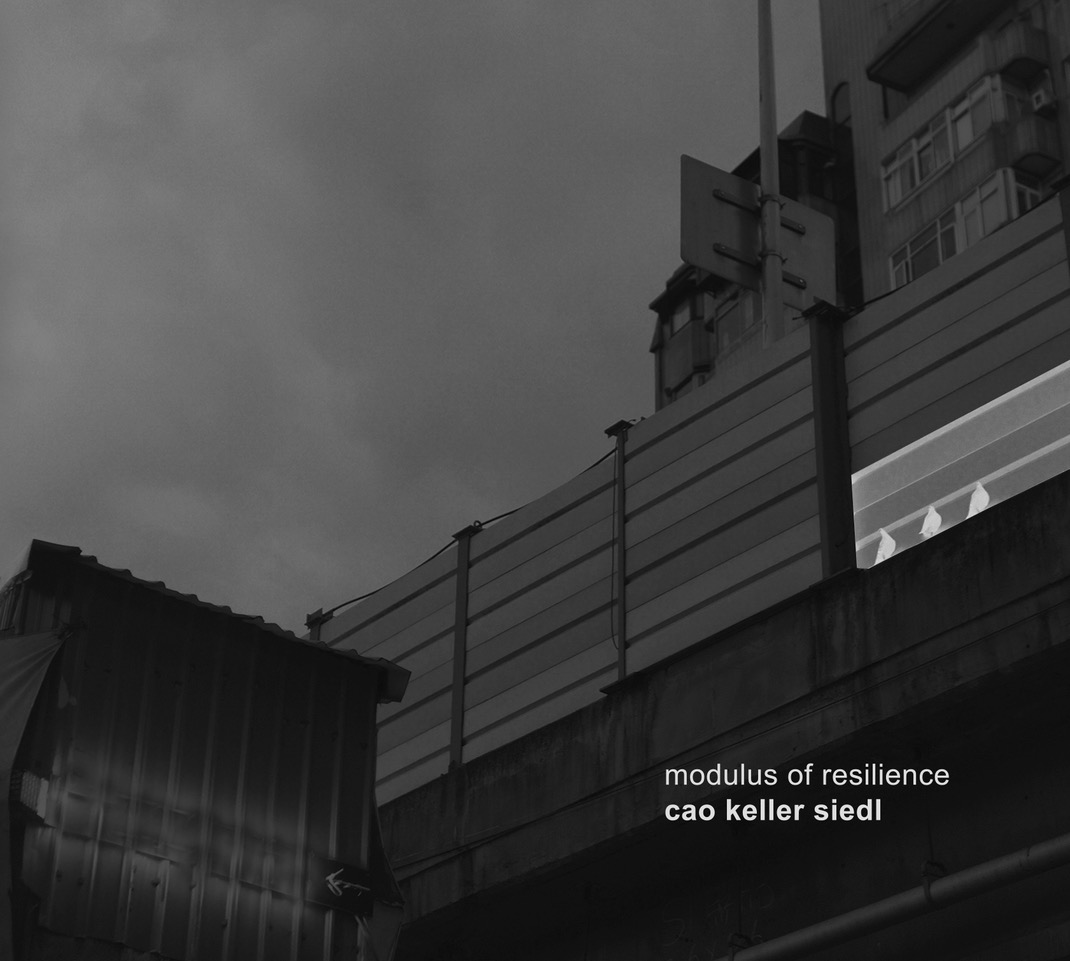 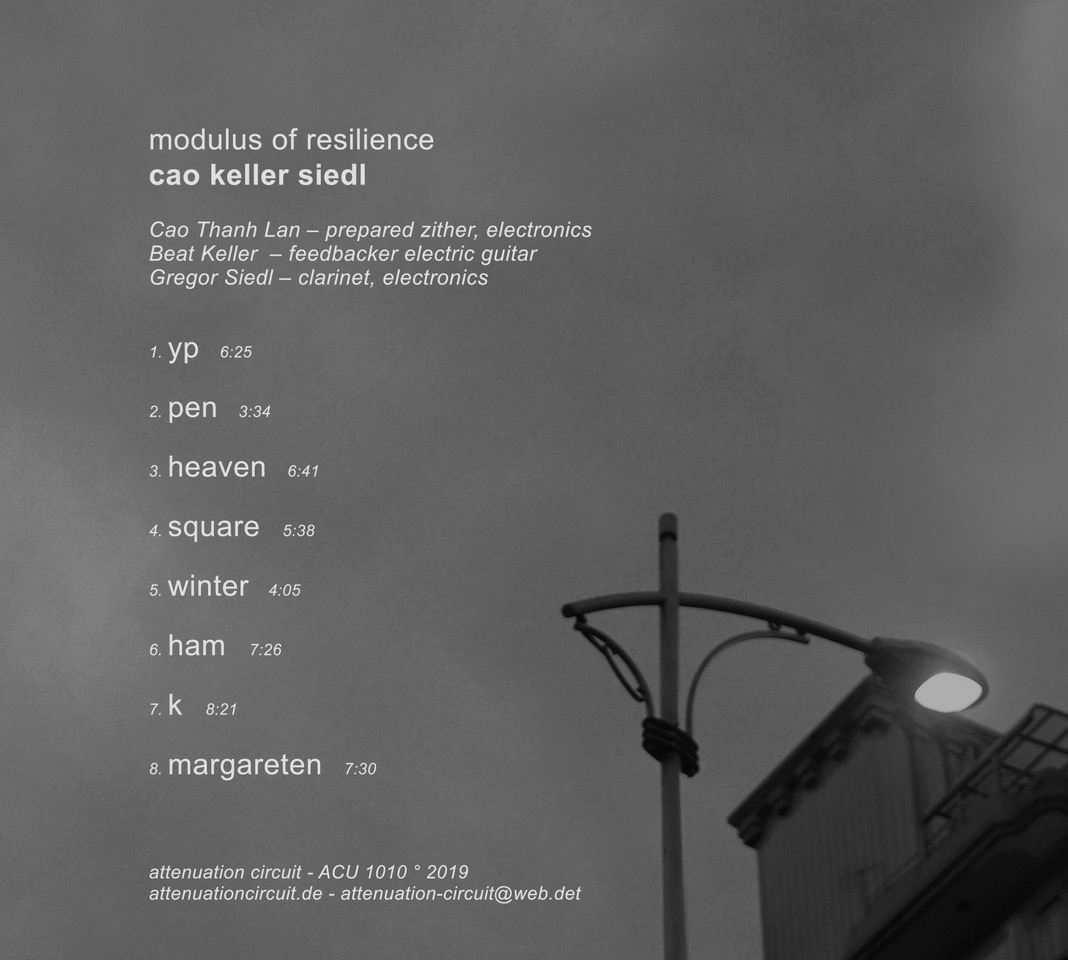 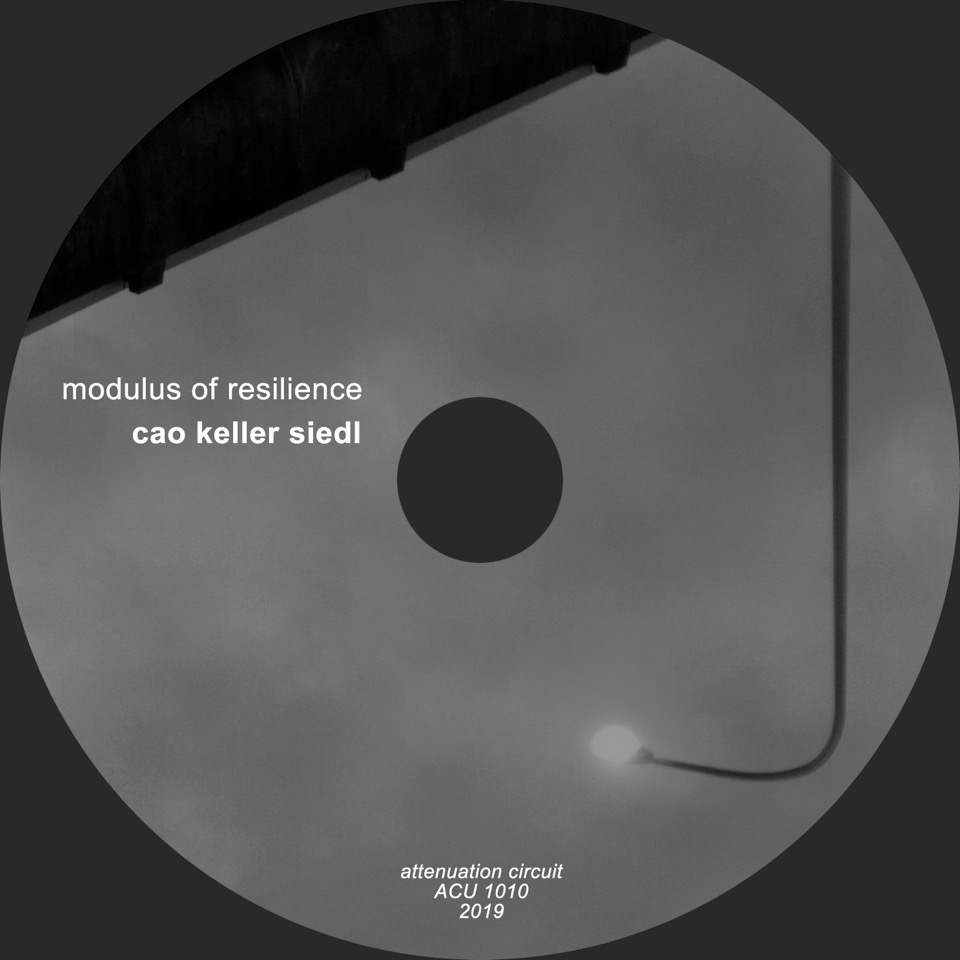 The title of this debut release by the Swiss-Austrian-Vietnamese trio of Beat Keller on a customised feedbacker guitar, Gregor Siedl on clarinet and electronics, and Cao Thanh Lan on electronics and prepared zither is absolutely programmatic. (By the way, the fact that Lan also calls her instrument “marxophone” does not necessarily have political implications, in fact it was named after instrument builder Henry Charles Marx.) “The modulus of resilience is defined as the maximum energy that can be absorbed per unit volume without creating a permanent distortion” (Wikipedia), and in the three to nine minute real-time compositions on this album, recorded at various live concerts and in studios in Austria and Switzerland in 2018, the trio is constantly testing ways to approach this level of maximum energy.

That does not mean, however, that they are always aiming straight for the noisy breaking-point of high-volume power play, although they repeatedly show that they are perfectly capable of that, high-pitched dissonance between the metallic zither strings and the surging guitar feedbacks included. For Cao Keller Siedl, “energy” means “intensity,” and of course musical intensity can be at its maximum in the quietest moments. Pulsating patterns of high-frequency beats, suddenly emerging dreamy chords, then again deep growls of feedback that come rising up from the lower registers are only a very few of the varied, but never arbitrary, structural devices of this music. The way in which the players manage to craft suspenseful dramaturgy even within only a few minutes' time proves that they have already developed an elaborate shared musical language, and gives this debut album a decidedly mature feel in the best sense of the word. Creating beauty from harsh and tender materials alike, their music certainly has a redeeming quality in facing some of the ugliness of the human condition. So perhaps the title could eventually be programmatic on another level as well, because in psychology, “resilience is the ability to cope with a crisis or to return to pre-crisis status quickly.” (Wikipedia).